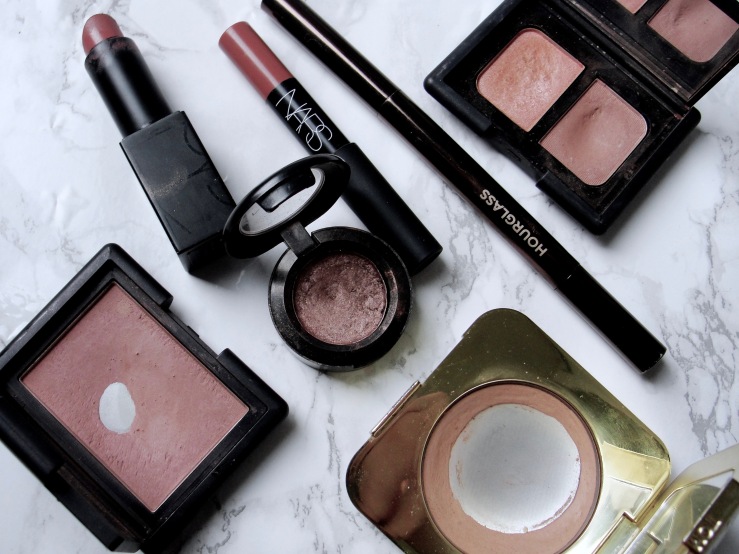 There is something thrilling about signature looks and these are the key pieces of my makeup closet. I keep coming back to them and they have all been well used. Once upon a time this list would have been the filled with the likes of Chanel makeup but frankly I’ve not bought anything from the brand for years and all the products I have and like were limited edition. On the same note, the little makeup I’ve bought in the last year or so has been mostly Nars hence the majority of these but still these are all products I have repurchased and desperately trying, have failed to find shades and formulas that can compete with them. The lack of face products on this list simply proves that I am yet to find a product that both matches me and looks seamless on the skin. 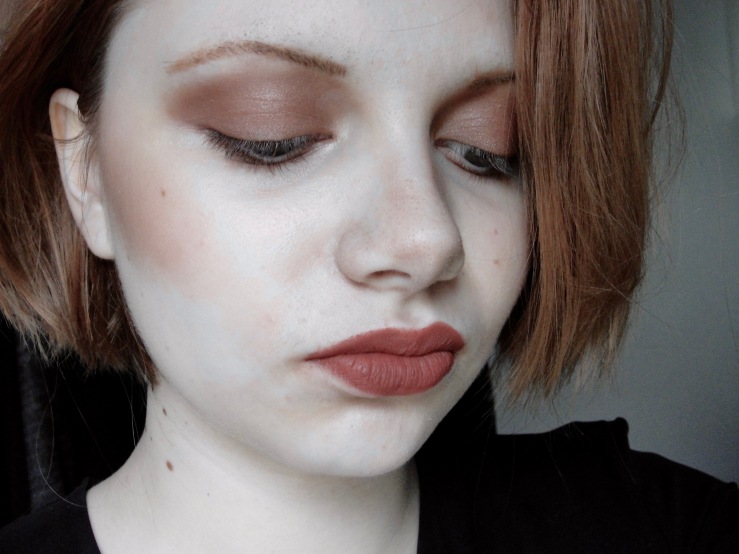 Nars Eyeshadow Duo in St Paul de Vence – admittedly I am a big fan of duos and quads and despise bulky eyeshadow palettes. The chestnut colour in this duo is by far the most unique and flattering shade of brown I have in my collection. It is somewhat reminiscent of Makeup Geek Frappe but less orange and Becca Ombre Rouge #3 but more pink. It is this perfect pink mid brown that looks way better on my complexion than all that peach transition shades everyone recommends. I wore this washed all over the eye for months because it defined the eyes without any effort. I might not be as big a fan of the shimmering peach but recently I’ve discovered it layers beautiful on top of chestnut. I do love a Nars Eyeshadow Duo but out of all of them, this one is the most reached for.

Mac Frost Eyeshadow in Sable – Sable is in the same colour family as Urban Decay Liar and Nars Kalahari (R) but neither of them bear the light reflectiveness of Sable without visible specs of shimmer, the perfect reddish undertone and depth of colour that looks great washed all over the lid on its own or in conjunction with other shadows.

Nars Blush in Douceur (honourable mention Chanel Accent) – as I have hit pan on Douceur, I have frantically looked for a dupe thinking it was discontinued but you can in fact still purchase it as part of the Nars Pro Palette. Ideally, I would mention Chanel Joues Contraste in Accent as I prefer the finish and longevity of it but the Nars is in no way bad and no surprise I like it as they are virtually the same colour. Accent has micro shimmer that transforms into a glow on the skin while Nars Douceur is matte but not too matte. Seeing as this is the most pink I’ll put on my cheek, I must mention that Hourglass Mood Exposure, Tarte Exposed and MAC Blushbaby are definitely not comparable, they are way pinker than Douceur and Accent.

Tom Ford Bronzing Powder in Terra – I am definitely not looking to look more bronzed but if you have fair skin, this powder is the perfect contour shade. It is another of those where the tone is so hard to compete with than I’ve had to repurchase it. I would never contour on a daily basis before using this product but now I can’t imagine being without it. The pinky reddish brown creates the most natural shadow with absolutely no orange or grey tones. It’s one for lighter skin tones but certainly it does exactly what a contour shade is supposed to do.

Nars Audacious Lipstick in Barbara – this is another one of these were I own a similar product but prefer this one over it. The product in question in the Charlotte Tilbury Very Victoria but because the Matte Revolution formula is very light, the pigment isn’t as strong. The downside of Barbara is that it’s not as matte as Very Victoria but because it’s more pigmented, it pulls darker on my lips (despite the swatch suggesting otherwise). All you need is one swipe for full pigment and then there is fact I like the name Barbara but I swear I’m not biased.

Nars Velvet Matte Lip Pencil in Walkyrie – I got this one with low expectations after trying Train Bleu and finding Morocco sold out when I went in to get it. I got Morocco since and despite being named after my favourite film, it is not comparable to Walkyrie. In this burnt red nude shade, the Velvet Matte formula proves to be non-drying, long-lasting, very lightweight on the lips, easy to apply and extremely flattering on my skin tone.

Hourglass Arch Sculpting Brown Pencil in Auburn – a fan of the Mac Brow Set in Red Chestnut, I must say I have now been converted to the ease of use of this brow pencil. I end up having to go in with the brush after using the gel and that creates enough inconvenience. This of course isn’t as effective in blending in and setting the brows in place but the waxy formula stays on long enough, is definitely quicker to apply and lasts a lot longer . A great shade for redheads and there isn’t many out there!

I’ve had a bit of technical difficulties with the imagery for this and I hope it doesn’t look too bad but I hope you enjoyed the read nonetheless! Let me know what are the most used products in your collection and ones you can’t imagine being without!